In an age where the Internet is making sure we all write, speak and think in a corrupted offshoot of the English language, quite akin to Newspeak in George Orwell’s Nineteen-Eighty Four, a rebel auteur based on our island chooses to write books in a language that only 400,000 people know of, and only a precious few want to read. David Schembri tricked Ġuzè Stagno into an interview. 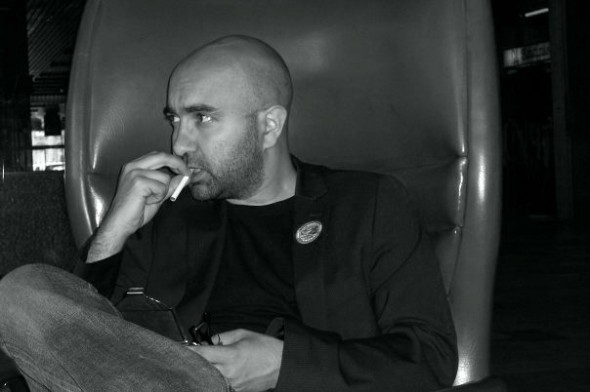 Writers are almost always failed or frustrated musicians, and vice-versa

Was your name always Ġuzè, or is it some kind of pen name?

Way back in 2001, it was meant to be ironic. Nowadays everyone calls me that, except my parents and my lecturers. Even my wife calls me Ġużè, for crying out loud!

My hair started thinning when I was around seventeen. What about yours?

What about mine? I’m not bald – it’s just a very wide centre parting.

Why do you write? Do you feel it’s a vocation in order to better the world, is it some creative urge you have to channel in some way or  is it out of sheer boredom?

I write books because I cannot write songs. Writers are almost always failed or frustrated musicians, and vice-versa.

You are renowned for your somewhat ‘extended’ vocabulary. Do you think it’s necessary for a work of fiction to include slang and “rude” words in order to be realistic?

No. If you’re writing a novel about prayer meetings, there’s no reason to use that sort of language. It just happens that I write about people who use slang and the occasional rude word. It will probably come as a surprise, to some people, that fifteen year-olds use such an ‘extended’ vocabulary…

Do you use a dictionary? If so, which one?

I normally use Aquilina’s  six-volume dictionary. Having said that, I wrote the last draft of the new novel in Brussels over the summer holidays, and had to make do with the concise version. It was a very frustrating experience.

Do you think you’re original?

As Toni Sant once said, ‘Originality is the art of stealing without getting caught.’

Can you tell us something about your new book?

It’s called Ramon u ż-Żerbinotti. It’s about a  fifteen year-old trying (and failing) to be cool in Secondary School. It’s the sort of book that should have been written years ago, but as usual, I was the only one who lacked enough common sense to actually put finger to keyboard.

Is there something you hope people will remember you for?

I hope to be remembered as the author who liberated contemporary Maltese literature, just like Elvis Presley liberated pop music in the 1950’s. But I’m not counting on it – collective memory is notoriously short.

You are well-known for your writing in everyday Maltese, but have also written  for English-language magazines and have often alluded to your Italian nanny, i.e., Italian TV. The question is: which language do you think in?

The language I think in is similar to the one used by the Salvatore in Eco’s Il Nome della Rosa. There! I always hope this sort of highbrow name-dropping makes me sound smarter than I really am. Usually works when I’m writing assignments.

What, in your opinion, is the most versatile word in the Maltese language?

The word that, rather coarsely, refers to the male member. It can be used as a noun, as a verb, as an interjection, as a metaphor: you name it, you got it.

This article originally appeared on The Insiter of October 16, 2008, and the publishing date on this website has been changed accordingly. Not so much out of interest for posterity as out of not wanting Stagno’s face on my front page, twice.

One thought on “Stagno, round one”