In writer WALID NABHAN, David Schembri sees a man with conflict in his blood 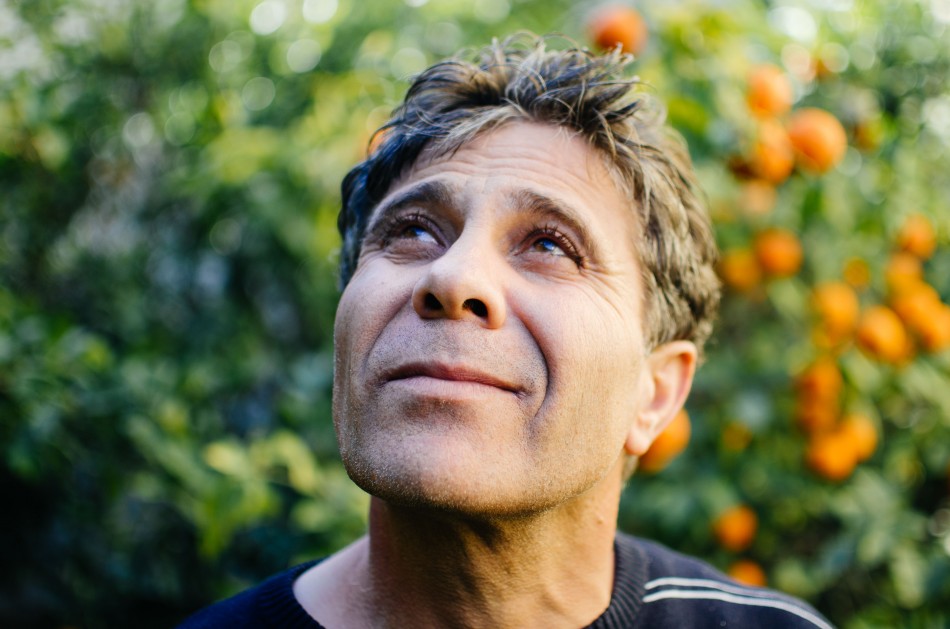 The title for Walid Nabhan’s novel L-Eżodu taċ-Ċikonji (The Storks’ Exodus) is no accident.  That the Palestnian-Maltese author chose the word for the people of Israel’s flight for a story which, at its heart, is about the nation – his nation – in perpetual conflict with Israel, that is no mystery: “I used it to say that what they’re doing to us is what had been done to them,” the writer explains.

But to this day, Nabhan, 47, still cannot explain why, on that day when he was 17 and living in Amman, Jordan, he was awoken by a cloud of storks flying north, stretching into the horizon and blocking out the sky from view. It was a freak occurrence (storks migrate over Syria and Turkey), and the last time he ever saw it.

And ask Nabhan to speak about his national identity, and the answer is conflicted. “I find it extremely hard to pinpoint my cultural identity,” he says. “After 25 years living in Malta, I feel Christian, even though I was raised Muslim” the writer – who claims he is not religious – says.

It is not hard to see where the conflict comes from. Born to Palestinian refugees in Jordan nearly 50 years ago, he spent his childhood in Amman. “Not only wasn’t I born in my own country, but we were discriminated against,” Nabhan recalls. “We were second-class citizens in Jordan, down to our ID”.

He left Jordan to Yugoslavia to study civil engineering; Palestinians were given scholarships there, and his father, a driver, wanted him to study engineering, contrary to Walid’s wish of studying journalism. Having spent a year learning Serbo-Croatian (he still speaks it), he spent a year in the course, to realise it really wasn’t what he wanted to do, and left.  “I disappointed him, but my brothers became engineers for him,” Nabhan says. When he got back to Jordan, his father said he would not support him financially any longer.

It was at this point where Nabhan was to undergo a life-changing experience – not being a student, he was conscripted into the Jordanian army for two years. After six months spent polishing guns, he was transferred to the desert. “We had to stay guard at night, in pitch dark, and even the rustle of a paper could freak you out. But in starry summer nights, that’s when I felt something fermenting inside me: these thoughts, my writing, especially my poetry,” Nabhan says.

“What do you do in these three hours of emptiness is you come face-to-face with yourself. We couldn’t use a Walkman in those days. We sometimes used to sneak in headphones from beneath our clothes, but we risked prison if caught.”

The time spent with the rest of the regiment was an education in itself: “The army trains you for life. In that regiment, I met people from all walks of life – we had doctors, engineers, lawyers, thieves, chatterboxes, illiterates all in the same regiment, and you had to deal with this mix, you needed to survive,” he says.

What the army did too was reset his body clock – he now wakes up at 5 a.m. every morning, to start his job as a microbiologist at the Malta Dairy Products factory an hour later.

The writer came to Malta with the help of his brother Ahmed, then a radio operator for the Palestinian embassy here. “Few people had heard of Malta in those days, and those who had, heard of it because of Mintoff, even though we had a saying ‘it’s as if you’re crowing in Malta’, crowing referring to the Muslim call for prayer, because we believed that in their time in Malta, the Muslims didn’t manage to convert a single Maltese person,” Nabhan says.

He started studying microbiology and fell in love with the topic, going on to study at a Master’s level. In the meantime, the long shifts at the hospital started teaching him the Maltese language, which he was keen to pick up.

“The first book I read in Maltese was Stejjer Għal Qabel Jidlam, by Oliver Friġġieri,” he says.

“People who travel fall into this trap that they think they’re just visiting, and they convince themselves that they’re not part of the country. They end up marginalising themselves, then accuse their host country of not integrating them,” Nabhan says. “You can’t live on the margin, you have to immerse yourself. I always felt part of this nation.”

As a serial migrant himself, he believes the many migrants in Malta make this mistake. “Racism is disgusting, but discrimination is a two-way street. I feel it in myself too; I think black people feel they’re outsiders more acutely,” Nabhan says.

Nabhan’s writing skills were evident from a young age; when still a teenager, his class was tasked to write about their mothers. “I had written that they told me that she was going to the hospital and would be back soon, but why did she never come back when so many mothers go to hospital and return?” the writer says.

While he took to speaking easily, writing in Maltese was hard. Having already published short stories and poems in Arabic back in Jordan, Nabhan started writing literature in Maltese while he was learning how to write.

It was only 10 years after he arrived, after meeting writer and Inizjamed founder Adrian Grima, that his works in his adoptive tongue came to light. Two collections of short stories: Lura d-Dar u Ġrajjiet Oħra li ma Ġrawx and Leħen tal-Fuħħar u Stejjer Oħra – and Walid Nabhan can count himself as a Maltese writer.

A lot of L-Eżodu Taċ-Ċikonji is autobiographical, “but it primarily deals with the Palestinian melodrama, and I took my family as an example because I knew that almost all Palestinian families went through the same ordeal,” Nabhan says.

“It’s about a character who ends up in Malta, who had a lot in his past but whose future didn’t hold much hope, either. It has a failed love story. It has many small stories running through the book, but the big story is Palestine and Malta, because this character couldn’t get rid of the past nor could he build a future here.”

As for him, he now counts Malta as his home – having been given citizenship a few years ago after living, studying, working writing and paying taxes here for 15 years. Raised Muslim, he now feels part of the Catholic culture of the island. And despite living in exile from the land of his fathers, he seems to have found his own promised land: “I wouldn’t live in Palestine, this is where I want to die,” he says. “Not that I want to die just yet.”