David Schembri gets lost in the world of translation with Immanuel Mifsud, who has given a Maltese stage voice to the Nicholas Monsarrat’s novel The Kappillan of Malta

The Kappillan of Malta is not a book Immanuel Mifsud wishes he’d written. “I’m afraid not,” he says of the book he’s translated into a play in Maltese. “I find it extremely wordy and it is too much of a light reader for my liking. Monsarrat’s style of writing is not my favourite,” he admits.

That is somewhat unfortunate. Commissioned by Fundazzjoni Avventura to adapt the work for the stage in March last year, Mifsud had to read the book a number of times before and during the process of turning it into the stage. That said, it is not entirely outside of his area of interest. Mifsud won the European Prize for Literature in 2011 with his book Fl-Isem tal-Missier (u tal-Iben), which dealt with, among other things, his father’s experience in the Second World War.

“My father was a war veteran himself and I grew up listening to real life stories and first hand accounts of the war, but also I am interested in the study of trauma and have plans to work on this regard,” Mifsud says. But that is where Monsarrat and Mifsud meet. “Monsarrat and myself come from different poles so to speak. He was an Englishman who fought in the war and therefore his baggage was totally different to mine. The Kappillan of Malta is an historical novel, very well researched and complete, in the sense that it follows the rules of a well-made novel. My work is totally different,” Mifsud says. 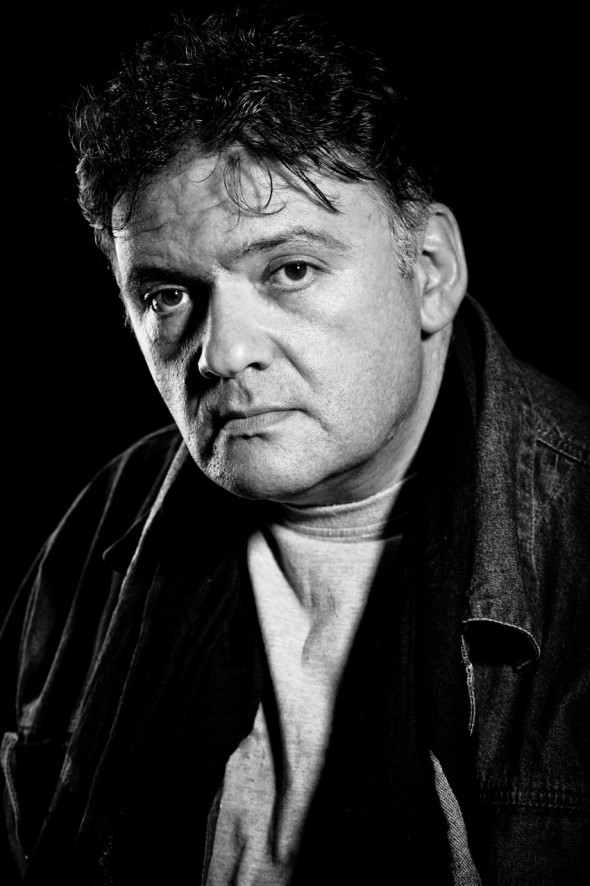 It is understandable perhaps, that in the Monsarrat-Mifsud dialectic, the final synthesis would be a product which is markedly different to the original. Turning a lengthy novel into a two-act play required some chopping, and the first to go were the parts where the book deals with Malta’s ancient history. “It is very evident that Monsarrat did a lot, but a real lot, of research for this book, in order to achieve historical accuracy and to investigate the social fabric of the Maltese society in the forties,” Mifsud says.

“He obviously had a non-Maltese, English speaking readership in his mind whereas the play is aimed at a local audience, which does not need the historical background one finds in the novel.”

Rather than losing himself in the history, Mifsud focused on the tension, the political undercurrents Monsarrat includes in his work.

“Just to give one example: the Kappillan’s family is a member of the Maltese nobility with strong pro British sentiments but within the same family there are members who are not only anti-British but are fervent Fascists. So there is this political (pro-Britain vs pro-Italy) but also social tension between the nobility and the bourgeoisie. To add more spice to this, the Kappillan himself works wholeheartedly with the working class elements of Maltese society, rejects the rituals and ideals of his noble origins though he himself comes out to be on the side of Britain,” Mifsud says.

Then there’s the fact that a novel is a novel and a play is a play. After having a working draft of the script in hand, it was read out by actors to see how it worked as a play, and Mifsud went back to the drawing board to make the necessary changes. 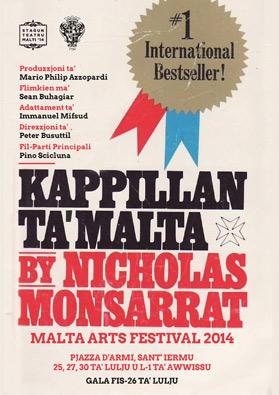 What Mifsud was engaged in was essentially a double act of “translation” – a novel was turned into a play, with the language also being changed. This was Mifsud’s first shot at translating a novel, even though he has already translated a number of plays into Maltese. These include Seneca’s Medea, which was produced by senior students at the National Drama School where he used to teach, Checkhov’s The Seagull – which he also directed at St James Cavalier some ten years ago, and Moliere’s Don Juan, staged at the Manoel for the first Baroque festival.

“Somehow I find it a lot easier to translate for the stage as I like to work on dialogue, though in this particular case it is more of an adaptation than a strict translation,” Mifsud says.

“The challenges of adapting an English novel to a Maltese play are various because on the one hand you have to respect another author’s work but at the same time you have to make it local.”

“Then, as I already pointed out, theatre demands different things than a novel does, and you have to be very careful to keep this constantly in mind. I think you have to visualise every incident while working on the adaptation, you have to open a curtain and see actors rather than mere characters, you have to see them move, hear them speak, directing them on stage. Your aptness cannot be linguistic and literary only but also theatrical. I hope that at the end of the day I managed to achieve this,” Mifsud says.

One key difference between Monsarrat’s book and Mifsud’s play is that Monsarrat writes about Malta in English, while Mifsud’s play is in the native language. Did he feel that translating the work to Maltese brought more life to the characters and the setting in general?

“I’m not so sure,” Mifsud admits. “One of the great merits of the novel is that through research and due to the fact that Monsarrat lived in Gozo for a period of time, it captures very beautifully the Maltese way of life. I would dare say that Monsarrat did become somewhat of a native when writing the novel. I think it would be very unfair not to acknowledge this.”

An edited version of this article appeared on The Sunday Times of Malta as Not Lost in Translation.