Photographer Gilbert Calleja is attracted to the peripheries. David Schembri spoke to him about his latest book, Liminal, a photographic study of transgendered individuals in Malta. 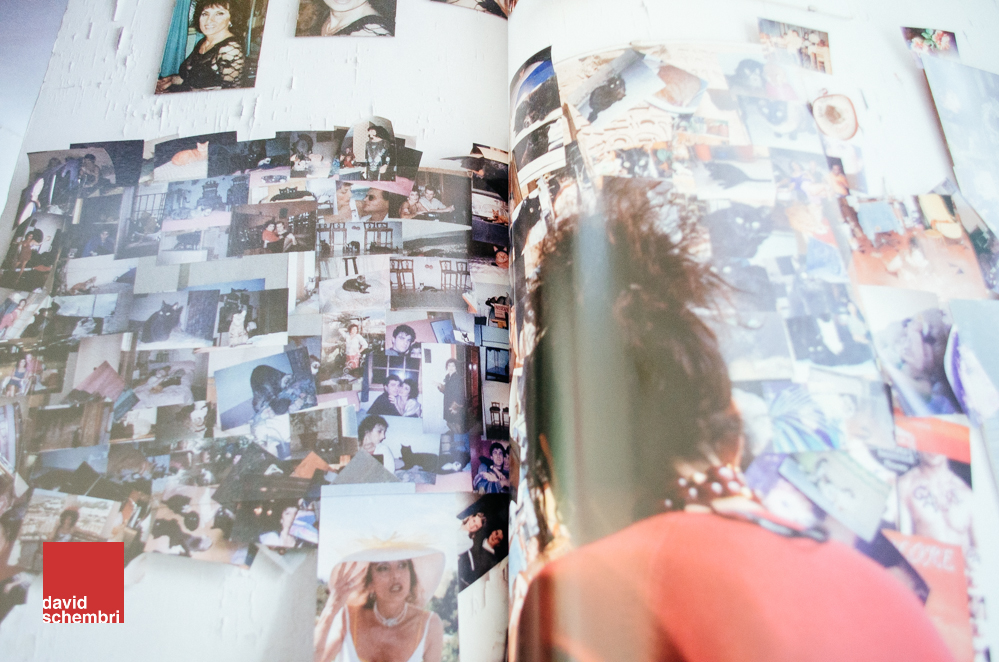 In his highly controversial and equally successful pop hit Blurred Lines, Robin Thicke has a very clear idea of what the woman he’s addressing is. She’s an animal, a good girl, and she wants it – “it” being, by most accounts, sex, or the singer’s, ahem, manhood.

Gilbert Calleja is different from Thicke. In Liminal, Calleja’s lens wanders into the world of the Maltese transgendered community, portraying over 20 trans individuals in different aspects of their life, be it at work, on a night out, or at home – sometimes even in the bedroom.

Calleja is different because the subjects of his photographs defy pigeonholing – hence the name, which he explains: “Liminal because it’s that point where the individual’s identity is in transition … it’s ‘the’ when and where all meaning dissolves, old values are challenged and a new person is born,” Calleja says.

Liminal, which forms part of the larger, Malta Arts Fund-supported Milkshake project that the photographer coordinated, was the next natural step for a photojournalist who was interested in subcultures.

“In my previous photographic work I always looked into the lives of people at the margins of society, and I think it was only natural that I study transgender people,” Calleja says. “They challenge the traditional male-female binary, raising a number of social, ethical, legal and religious issues. There is also an element of gender performativity, which is often ridiculed in the clichéd portrayal of trans people, but I wanted to look beyond that and see how these people live day-to-day.”

The unifying theme of the book is that all the subjects all feel that their biological body does not correspond entirely to their gender; the ways in which that is expressed vary.

Liminal, as part of Milkshake, was supported by the Malta Gay Rights Movement and touched upon a topic which, as Joanne Cassar’s prolonged legal battle to get married following gender reassignment surgery showed, touches upon politically sensitive points.

It is hardly surprising, then, that Calleja sees his work as posing a challenge to the status quo: “In all my work I try to defy the many double standards which still exist in Malta and the local, essentially conservative, Christian culture which often dictates the way we discuss and portray certain subjects.”

When it comes down to the implementation, however, Calleja’s strategy is rather simple – “I try to show life as is – transgender people have a place in Maltese society, even if some lead an unconventional life.”

Leafing through the book, we see trans people in familiar streets, at home, with their family, their partners, at their workplace. Many images, as Matthew Vella notes in the book’s foreword, juxtapose holy imagery – crosses, churches – with the book’s subjects, bringing to the fore the conflict Calleja sees between transgendered individuals and the culture and country they live in.

Each picture in the book is the result of a rapport which the photographer had to build with his subjects.

“I wasn’t familiar with the milieu and the social circles of trans people. Before photographing then I wanted to get to know them, win their trust and develop some sort of human relationship. This was, and remains, very important to me and my photography.”

In framing a picture, the photographer has to choose what to keep in and what to leave out. “I had to leave out a lot,” Calleja says. “It is very important to note that I was often shooting people in compromising situations in ‘their own back garden’, and negotiating access to certain places meant that I had to respect boundaries and look elsewhere when need be.

“One important decision I took at the beginning of the project was that all my subjects had to be identifiable and I was conscious that this would pose a number of difficulties. This is particularly so because, given the Maltese context whereeveryone knows everyone else, there is a lot at play – not only for the individuals themselves, but also for their families, friends, clients and so forth.”

This relationship went beyond getting his subjects to agree to take a photograph. Trans people, Calleja says, “are very conscious of how they look, and every image in the book had to be negotiated with every individual”.

Liminal is, perhaps then, co-edited by the subjects themselves. “In this sense this work, even if it references and is informed by a number of photojournalistic sources, moves beyond the remit of a journalist or photo-reporter,” Calleja says.

Many images in the book feature the subjects on a night out; a good number of these share the same setting– Miss Mybar, a beauty pageant organised in the eponymous bar in Marsa. Others still show us Calleja’s subjects performing for an audience. Calleja has noticed that an element of performance was inherent in his subjects, even if he wasn’t out to get them to pose.

“When I shoot I am mostly concerned with the human being in front of my lens and I try not to think about aesthetics, even if in a way – consciously or unconsciously – I do catch myself referencing artistic works,” Calleja says.

“When I started shooting for this project I didn’t want my subjects to pose, but as we said earlier there is a strong sense of gender performativity which comes through when you’re dealing with trans people. It is in their nature, so in a way I came to realise that it was irrelevant if they were posing or not.”