Hot off Malta’s elimination from the Eurovision Song Contest, three ideas on how Malta could be spending the money better 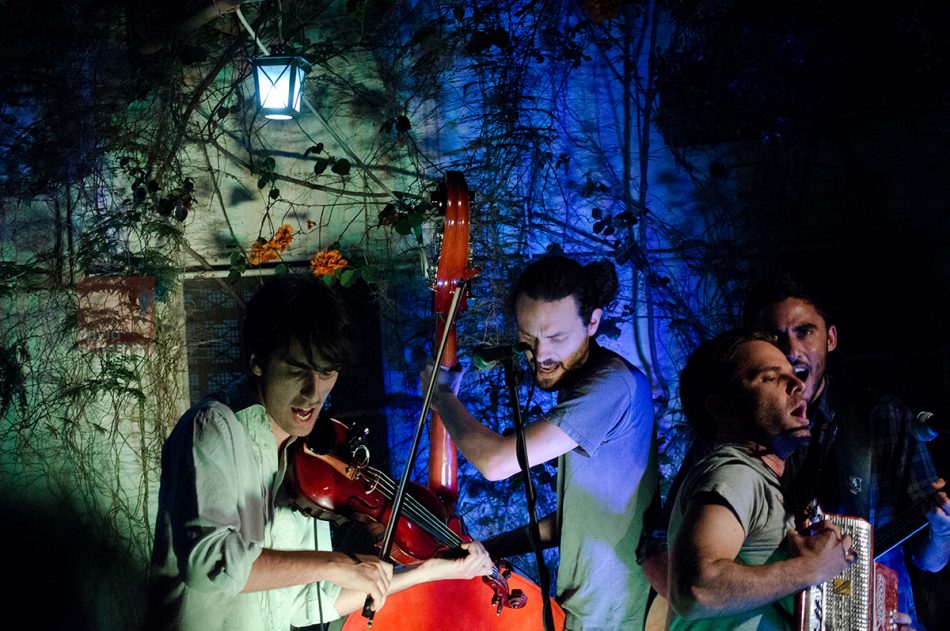 So, here we are again. Another Eurovision semi-final, another Eurovision final without a Maltese singer in it. Frankly, I myself do not care much for the Eurovision, although I have sometimes enjoyed watching the final while pretending not to. But many people do seem to care, and right now some of them are upset enough to be actively considering whether the country should be throwing the hundreds of thousands of euros towards an exercise in national frustration that it does every year.

I have no suggestions on what the country could do to win next year’s context, but I do have some ideas on how the hundreds of thousands of euro we spend on a single annual event can be better used to improve the experience of Maltese musical acts and audiences:

1) An export-focused development program for bands and artists

An essential step for a band to grow musically and in popularity is to play loads of gigs in different places and interact with different artists. And by different places, I mean in different cities around Europe and the rest of the world, in venues and festivals that are a good fit to the artist’s sort of music, and that can expose them to a wider audience while exposing them to the way things are done in other countries and venues. A good way to go around this would be to support a better known band for part of their European tour and play a few more shows in other venues on the way, or play the buzzing summer festival circuit – there are scores of small festivals in Europe happening over the summer (it’s not all Glastonbury and Werchter), and, having been to a few myself, I can see no reason why some of our finer bands shouldn’t be on those stages. The advantage to this approach is that a European tour campaign or festival tour can be done in a matter of weeks, which is a feasible amount of leave musicians can take from their day jobs.

To do this, it pays to be smart. What acts need are knowledgeable, well-connected booking agents that can get them on the right stages and the right bills for what they’re doing, not catch-all showcase nights or gigs in random pubs. Any aid given should be directed at bridging the disadvantages Maltese acts face the most – foremost among which is our geographical isolation. Another form of help could be incentives to give special leave to those in the program for lengthier tours. Not cheap, possibly laborious, but hey, isn’t the country running a surplus? By contributing the right framework and some costs to help with travel expenses, all that would be left is for the musicians to pull their socks up and work on their projects.

If local bands were able to meet the audience that best appreciated their sound, they could continue developing and honing it without falling into the trap of going mainstream, attracting bigger crowds locally while probably losing all relevance on the global stage. It’s one thing to be in the same market as an alt-pop band from Sunderland – but when you try to be Coldplay or U2, well, you’re up against Coldplay and U2, and I must say that things aren’t really looking good for you from here.

2) Incentives for international acts to perform in Malta

Being on an island not only makes it harder for Maltese acts to get out of the country – it also makes it hard (or at least inconvenient) for international acts to get in. There are plenty of international acts touring the EU – including American artists trying to break into the European market – that often end up playing in small venues that can barely hold 100 people. Again, I know this because I’ve seen it – while living in Luxembourg I’ve caught some great acts which have already received attention from the international music press, playing in just that sort of venue. Here, again, what is needed is a way to make it financially viable for these acts to play in Malta, and the way I see this happening is by offering subsidies for flights and accommodation – Malta’s tourism industry is robust enough to cope with sort of thing, and in turn the government could sweeten the deal for tourism operators by offering rebates or other incentives. Furthermore, the sun and sea make Malta an attractive proposition for a band looking for a couple of days off.

In this way, local audiences (which, thanks to the growing international community on the island, are larger than ever) can discover new, exciting acts, while local acts can take notes and network (see point 1). This would also give local promoters more confidence when organising events, while possibly also being able to offer tickets at more affordable prices or, you know, make a profit.

Malta has plenty of lovely outdoor venues. I have very fond memories of the balmy June evenings at the Għanafest in Argotti and the Earthgarden in Ta’ Qali, the dreamy Stalko gig at Café Riche (pictured), the raucuous Brikkuni at l’Ospizio or the ethereal Owen Pallet gig in the backyard of a każin in Ħamrun. Outdoor gigs make sense in a hot country such as ours, but very often, this ingenious transformation of outdoor spaces into concert venues is not because of our love of the outdoors – rather,  it is because Malta in 2018 still lacks the kind of purpose-built concert hall with an actual stage, a purpose built room, permanent sound and lights, with a backstage that a band can just turn up to with their instruments, plug in, and play. Over the years, plenty of venues have come and gone, but, to my recollection, none were purpose-built to take medium sized audiences with the facilities I mentioned. The space should ideally be scalable – capable of taking around 1,500 people for larger events, but with the facility to partition the space for more intimate occasions. Crucially, it should be in a location central enough to be accessible by bus. (This is oddly starting to sound like a description of Spazju Saint James il-Cavalier Kreattiv.) Who knows – perhaps a decent venue might encourage more Maltese to listen to music which isn’t the Eurovision.

I’m well aware that I’m painting in broad strokes here, but, perhaps naively, I think these proposals aren’t outlandish or unfeasible. Or are they? I’d love to hear your thoughts on this.