The US State Department has a secret weapon – four virtuoso musicians going under The Boston Boys moniker. David Schembri gathers some intelligence, straight from their e-mail address. 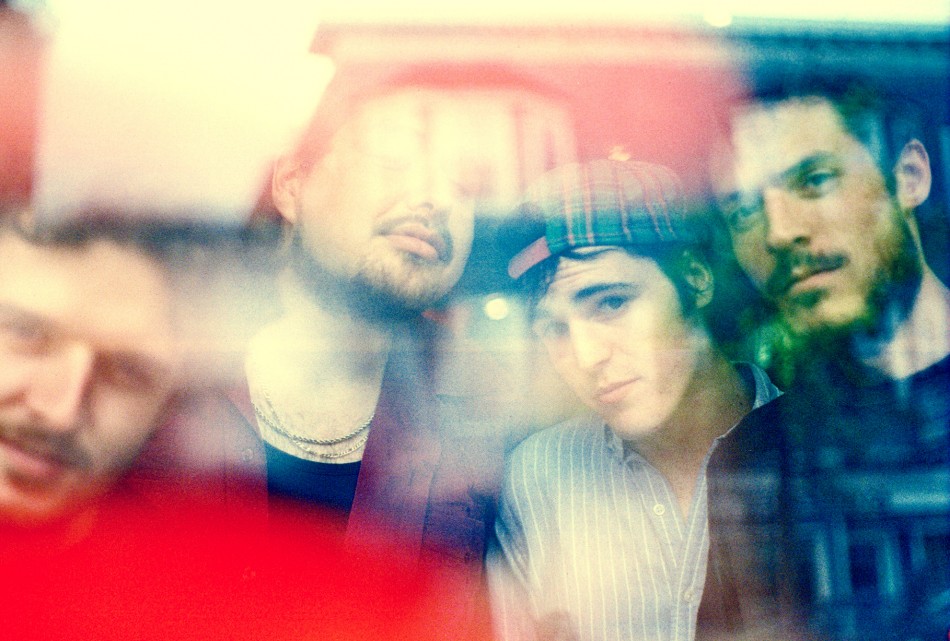 It has become sort of cool to play the banjo or the mandolin, influenced no doubt by the rise of bands such as Mumford and Sons and the Lumineers.

The picture on The Boston Boys’ website would lead you to think that these four Berklee-educated musicians, in their dark brown trousers and waistcoats, would be riding on the wave of popularity Mumford et al have created. Only you’d be wrong.

The “future/progressive roots” combo – percussionist Nicholas Falk, mandolinist/guitarist Eric Robertson, bassist/guitarist Josh Hari and fiddler Duncan Wickel – met at the world-renowned Berklee College of Music in Boston, Massachusetts. “Those early years of the band included many different musicians and additional instruments, but in 2012, we committed to our first EP, What You Say!?, and solidified our instrumentation,” Wickel says.

Asked to describe the band’s style – or rather, vision – Wickel says: “The vision for this band has always been to create original art with a great sense of respect for its origins. Everything we do is related to the teachers and mentors who have guided us, as well as the cultural touchstones we bring together as individuals and through travelling.”

America is a big country, so when the band says it is influenced by American music, that has to be taken into consideration.

“We love many artists in the American musical tradition, and are deeply rooted in string band styles, such as old time and bluegrass,” Wickel says.

He then goes on to add: “We are also very influenced by jazz, blues and soul music. Some early artists that we specifically draw influence from include Bill Monroe, Ralph Stanley and John Hartford. Ray Charles is a huge influence because we admire his ability to combine many styles of music.”

Despite performing a substantial amount of covers in their set, the band doesn’t shy away from adding its own interpretation of it when performing or recording: “We always try to bring a little of our personality to cover songs. The artists who wrote the songs we cover would undoubtedly support this approach as they brought their own personalities to everything they performed,” he continues.

And of personality, The Boston Boys have plenty.

“Our instrumentation lends itself to many new sonic possibilities that have yet to be explored and leave ample space for improvisation,” Wickel says. This is amply evident in their first EP, What You Say?!, which kicks off with Tuk Tuk, a fast-paced polyrhythmic jig that owes as much to folk music as to the experimental spirit of bands such as Wilco, whom the band cites as an influence.

The record goes on to the smoother The Patience, then onto the more folksy Pigeon. All I Need is similarly slick, with the EP being bookended with the riotous title track.

Their latest EP – released last month – finds the band in less of a showy mood and marks a maturation of their sound.

“Overall, our sound becomes more refined as we continue to play and record. It has developed from a raw, electro-string band to a multi-dimensional roots explosion,” Wickel says.

The band is also very much focused on teaching. While in Malta, the group will be speaking at the University of Malta, and plans to use its present touring experience to improve its programme, focused on the universality of music and the “value of music education in school”.

Their immediate plans include promoting the band’s commitment to cultural exchange and music education and creating partnership with schools back home to bring their programming to students during the day while maintaining a tour schedule in the evenings.

The spring will see the release of their third EP, recorded at Zoo Labs in California – a non-profit music/tech accelerator. In September, the band was the first artist in residence at the studios, being given two weeks of studio time.

“We had only one month to prepare new songs and rehearse for 12-hour, professional recording sessions, so it was inevitable that we were going to write some original parts in the studio,” Wickel says.

“We could not have asked for a better development opportunity so early in our career together, because nothing does more for a band than time on the road performing,” Wickel reminisces. Meanwhile, the current tour has had its memorable moments.

“Touring is great! We have been fortunate to visit many new countries and cities as a band. When on the road, we are constantly searching for new musical collaborators and influences, both of which have been in plentiful supply on this tour.

“Glasgow was a highlight in this respect with many jam sessions until very late in the evening or early morning, depending how you look at it.

“There is no shortage of great hospitality, either. Playing songs by the fire and eating delicious home-cooked meals is a welcome balance to long train rides and other treks with public transportation.”

Do they feel their music inherently American?

“We strive to represent American culture as we know it – tolerant, free and inclusive – while on the road and through our music.”

This article originally appeared on The Sunday Times of Malta of November 24, 2013.