“I have been writing things down since I was a child; notebooks, diaries, stories. I was a big reader too. Reading and writing have been a lifetime activity. It’s a habit that turned into a job,” Monique Roffey says of her writing career. Three novels and a memoir later, Roffey is a grown-up writer, in more ways than one. In 2010, her second novel, The White Woman on the Green Bicycle, was shortlisted for the Orange Prize, a fact proudly emblazoned on her website. Being shortlisted for a major prize “is a huge boost. I think it’s a big break and forever changes a writer’s sales and profile,” she says. 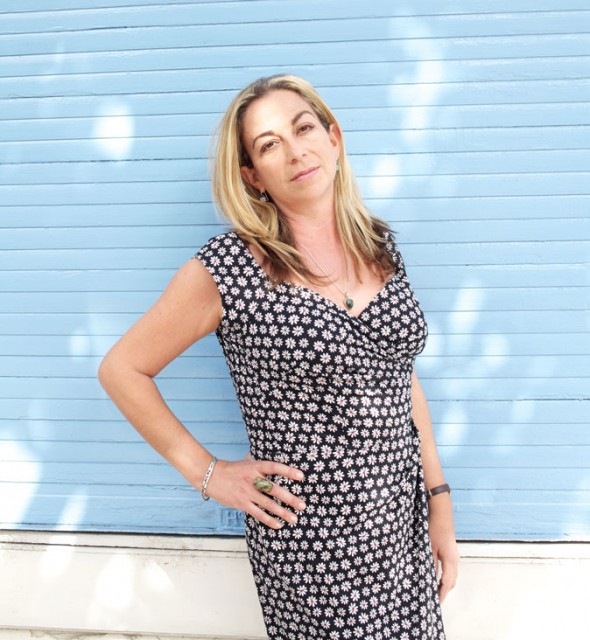 “I expose myself greatly in my memoir. Read it, you will see what I mean”–British-Trinidadian novelist Monique Roffey Photo: Julian Anderson

Between The White Woman on the Green Bicycle – the title of which is based on her mother’s habit of riding around Trinidad on her green Raleigh bike in the 1950s – and her latest novel, the 2012 Archipelago, Roffey, who had hitherto written fiction, wrote a very personal, and adult, memoir. “I expose myself greatly in my memoir. Read it, you will see what I mean!” Roffey says of With the Kisses of His Mouth. The 2011 book is the writer’s memoir of the sexual experimentation and exploration she went through in her 40s, after the long-term relationship she was in fell apart. It is a book, which, by her own admission, she couldn’t have written when she was younger. “In my 20s, my sex life was very boring. Nothing to write about. My memoir talks frankly about how disappointing sex is; we all gloss over this. I was attempting to out myself as someone who had not had enough good sex by my early 40s. I’d like there to be more debate about this – more honesty around how to be a mature sexual creature. There is skill involved in loving well, intimately,” Roffey says.

“I believe in taking risks as a writer, and when I’ll be 70, and looking back on my career, I know I’ll be proud I took the risk of writing about my sexual life”

The book is, however, a different kettle of fish from the black-and-white covered slew of erotica that pervaded bookshelves last year

“My memoir came out a good year before 50 Shades and the boom in sex books that followed in 2012. It is a complicated book, and it did not sell in the same way as the E. L. James books,” Roffey says.

“I did a tantra workshop last week and two people on it said they had come because they had read my memoir, and that is why I wrote it – to inspire others, men and women. So, two years later, it is still selling and people are still reading it – and this makes me happy.” Her satisfaction is not unwarranted. If writing a memoir is hard, it is even harder when one is writing about one’s own sex life; nigh on impossible when one is a native of a small country. “I come from a small place, Trinidad, where everyone knows everyone and it is on sale in bookshops there. I believe in taking risks as a writer, and when I’ll be 70, and looking back on my career, I know I’ll be proud I took the risk of writing about my sexual life,” the writer says. 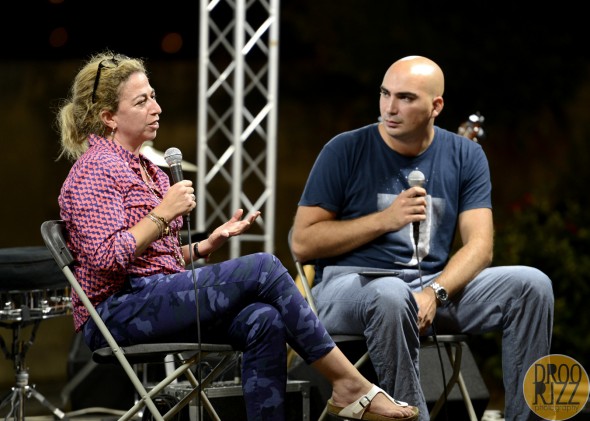 Although based in London, Roffey’s work is intimately linked with her native Trinidad. “I usually embark on a first draft in Trinidad and feel that being in the place I am writing about is crucial,” Roffey says. “I tend to write the second/third drafts at home at my desk in my flat in London. Having a secluded spot is key. In Trinidad I have a few bolt holes where I go to write, quiet places in the bush or by the sea, just me and my computer and a good view. Solitude is important. Weeks of it.” Apart from being drafted there, Roffey’s works are very much based on her own roots. For example, Archipelago, which earlier this year won the OCM Bocas Prize for Caribbean Literature, was inspired by her brother’s home being knocked down in a flood. “My first three novels are all very grounded in my life, my family’s life, the place I grew up and what I know. “They are all dedicated to family members. The novel I am writing now is a big leap. It’s about an attempted coup d’état. It has nothing to do with me or my family.” This article was originally published in The Sunday Times of Malta of August 18, 2013.