Writer CLARE AZZOPARDI takes David Schembri for a walk between reality and fiction. 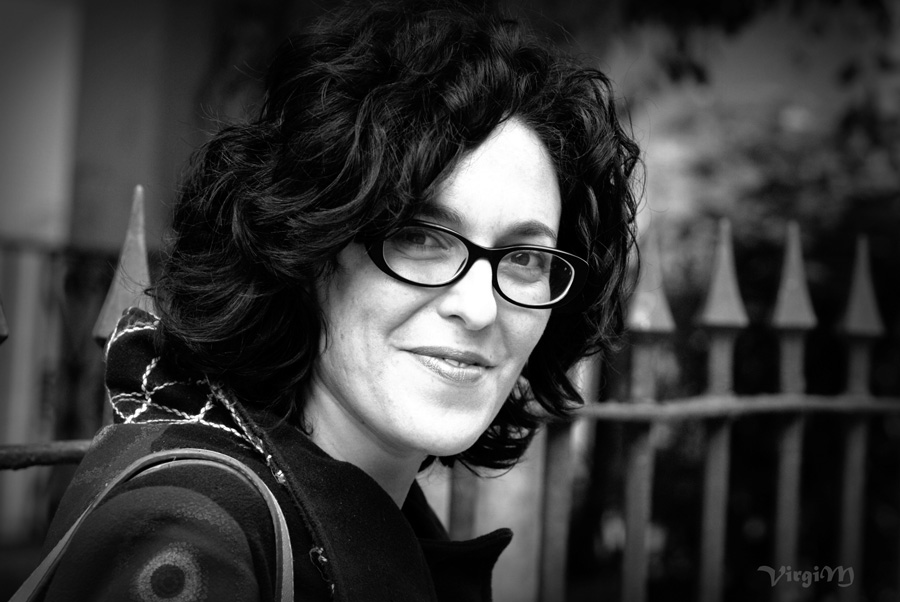 Clare Azzopardi stops outside a house in Sta Lucia street, Naxxar. “This is where Camilla used to live,” she says. She peeks through the letter box, and motions me to look in: “It’s beautiful, isn’t it?”

“Now imagine, passing through this street and someone let down their hair from the balcony and you climbed up it. And they say that that’s what Camilla used to do,” Azzopardi says.

“But the servant girl said she never saw her do that. But people say a lot of things, they say that many men used to climb up to spend a night of sex with her, until one day, a garbage bag appeared on the doorstep, and in it there was someone chopped up.”

Camilla is the name of one of the eight stories with a girl’s name that make up her latest book, Kulħadd Ħalla Isem Warajh.

“My women are everyday women, the kind of women you wouldn’t notice. I don’t want heroes or anti-heroes in my stories. I chose to speak about common women, and I don’t purport to be their voice, because it’s all my imagination. I think that in Maltese literature, we don’t read much about different sorts of women. They all seem to have a specific role – a lot of them, in novels, are housewives, and if not that they’re prostitutes… and here I’m trying to show totally different lives,” Azzopardi says.

Camilla, for example, is a poet who writes beautiful epitaphs; another woman collects dolls after the baby she had in her youth was sold off by her parents. Roża, whose story inspired the Lisa Falzon-designed cover, was a woman who every now and then would make a dress to be buried in.

Some of Azzopardi’s stories contain fragments of her: Lily is named after the house in Moroni Street, Gżira, where she spent the first four years of her life, while Roża lives in San Blas, her father’s native village where she used to spend most of her school holidays as a child.

“My stories have a lot of real things, landmarks. I mention people I always see in the square, whom I don’t know, but who for me are landmarks as much as the palace itself is. To me, as an outsider who has only lived here for three years, they’re part of the buildings.”

A few doors down from Camilla’s – a house in which anthropologist Jeremy Boissevan lived – we stop and walk into Azzopardi’s house.

Kulħadd Ħalla Isem Warajh is the third project in a row which sees Azzopardi dealing with the stories of ordinary women – the eight stories in the book are named after the women who left their name behind.

Much of Azzopardi’s recent output – her book Frejp, her play In-Nisa Maltin Jafu Kif, her involvement in the Din Mhix Tazza project and this book – is centred round female characters. Her next project – documenting the stories of Maltese nuns in the Middle East – also centres round women, as does her upcoming adult novel which has been in the works for four years.

Despite all this, she shrugs off the idea that she’s on some form of feminist crusade:

“The issue, for me, is that my work has to give pleasure to its readers. All these stories have a plot, and plots for me are page-turners: when you have a good book you keep turning pages,” Azzopardi says.

She does acknowledge, however, that female writers in Malta have very little to go on: “We have Mary Meilak, Doreen Micallef, Lilian Sciberras, Pauline Miceli – and they didn’t write a lot, either,” pointing at the fact that they would have given priority to their families.

At one point, her husband, the linguist and literary translator Albert Gatt saunters down to the kitchen, and the conversation briefly turns to the merits – or otherwise – of fair trade coffee.

“Albert is my first reader. I end up writing for him; he gives me rigorous feedback, and it’s important, after the second or third draft, to get that kind of feedback, which puts you in your place,” she says.

Having such a quality reader available to her is a blessing, given her prolific output.

“That’s might be because I don’t have kids,” she is quick to reply, and she doesn’t want any.

“How else will I keep writing? There are plenty of woman who raise children, no? I don’t want to do that; I’m already getting old. I don’t know if I might come to regret this, because as you know, there are many great female writers, who’ve won the Booker, who were mothers. There are other reasons, obviously, but I can’t keep writing, working and bring up my own children.”

Not-having-kids, however, does not a writer make, and she writes for two hours a day in her study, more during the summer holidays. “I’m not a romantic who keeps a notebook with me. To me, writing is a very practical thing, you have to set your mind to it.”

Azzopardi is perhaps best-known – or bought – as a children’s writer, particularly through the two books in the ­L-Aħwa De Molizz series.

“I wanted to stop writing those books, but I shot myself in the foot – at the end of the last book there’s a 1m long pull-out and you see Saver running out of the book. I put it there for a laugh, but all the kids I met at my readings were convinced the story would continue, because he escaped, so it’s going to continue,” she says.

“I really didn’t want to make a trilogy.”

“Some people say I should just write for children, and, you know, in readings I get a great sense of satisfaction because their feedback is immediate, genuine and uninhibited.”

Different audiences bring out different sides of her: “In my adult stories, I can’t bring out the humour, and if it’s there, it’s always black. Whereas for kids, the jokes come out more naturally. But in this latest book, there’s a game, for adults, which runs through all the eight stories,” she says, enthusiastically.

She is also enthusiastic about the marketing campaign Merlin, her publishers, have mounted, with eight postcards (with pictures by Virginia Monteforte), each corresponding to a story.

She is less enthusiastic about the role of writers and their work in Malta.

Apart from that, official structures, such as the public lending library, leave much to be desired. “I think it’s still the same as it was when I was young and used to go there every fortnight. If not even this government refurbishes it, it would just go to show how little importance we give to books.”

She happily reports that the literature festival she helps organise through Inizjamed is a success, but would like to see more literature in events such as the Malta Arts Festival and the Valletta International Baroque Festival. As for the books themselves:“I don’t think I’d find many books in Maltese which I like, maybe three or four a year? But when it comes to poetry it’s different; it has made greater strides than prose, because we have a longer tradition of poetry. The poets of the sixties and the seventies who left their mark, were doing things which their contemporaries abroad were doing.”

“In truth, does our community want writers, thinkers on television? I don’t think so,” she says.

“If we’re still a country where Xarabank is untouchable, where people go on air and shout in front of a whole nation, then we’re clearly a nation that doesn’t want writers or thinkers on TV.”

Kulħadd Ħalla Isem Warajh is out on Merlin and is available at many bookstores around Malta and Gozo.