David Schembri finds out why Joshua Oppenheimer’s documentary, The Act of Killing, has been sweeping awards all over the globe. 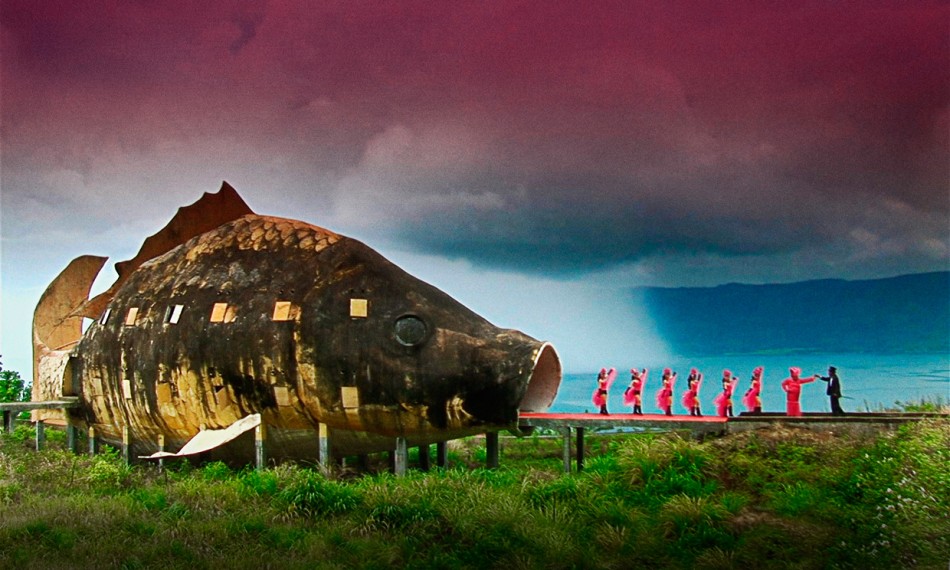 “The tradition of cinema is dominated by films about good versus evil, good guys fighting bad guys. But good guys and bad guys only exist in stories.”

Which is why in Joshua Oppenheimer’s documentary, The Act of Killing, the protagonist is Anwar Congo, a man who between 1965 and 1966 was responsible for the deaths of over 1,000 people in a genocide which saw a million “communists” being killed following a failed coup d’état.

The film’s standpoint puts us in the best position to empathise – as far as that is possible – with a man who has not only taken the lives of hundreds, but who boasts of it with impunity. And he is not alone in that.

While filming another documentary in Indonesia, The Globalisation Tapes, Oppenheimer encountered some survivors of the genocide’s victims, who were afraid of broaching the topic of the mass killings, which the director felt was “clearly the most important part of their story”.

To his surprise, the victims informed him that the killers, on the other hand, would be happy – and proud – to speak to him, and that one of them lived close by.

The killer next door proudly told the director that he had been promoted from security guard to plantation manager after having exterminated 250 communist workers. He then proceeded to give him a blow-by-blow account of how he beat the workers unconscious and then drowned them.

“All the while, his 10-year-old granddaughter watched on, bored, as though she’d heard the story many times before,” Oppenheimer says.

The director went on to meet dozens of other killers, who, without exception were “open, eager” to tell him what they had done.

“Usually, they would insist I film them in the places where they had killed, and they would launch into spontaneous re-enactments of the killings.”

Anwar Congo was the 41st killer he encountered, and he too was eager to re-enact the killings.

The director pitched his idea to the perpetrators thus: “You have participated in one of the largest killings in human history. Go ahead and show me what you have done, in any way you wish. I will document the process, and film your re-enactments in whatever ways you propose. We will combine the re-enactments with the discussions around their creation, and we will create a new form of documentary that shows what these events mean to you and to your society.”

Herman, a gangster, and a protagonist in many of the scenes, is, more often than not, seen in drag. It is surreal, but so is the film’s device of dressing up fact – the killings – in fiction, the way Anwar envisioned them.

“In normal screen violence, in fiction, the referent is not present. Here, the real-world referent is in the image: the real killer is present. Indeed, Anwar even hopes to make this a selling point – and it is.

This is also one reason why people are watching the film. As he himself says, why do we watch films about the Nazis? To see power and sadism. Here, we have all those things – done by the real killer. Anwar did this in real life. Nobody has ever made a film using this method, and that’s what makes it so unique and interesting. He is, of course, absolutely right,” Oppenheimer says.

This remove from reality is what the director believes enabled Anwar – who at points in the film is seen tending to ducklings – to have carried out such terrible acts: “Killing, for Anwar was always an act, and that acting was a way that Anwar was able to distance himself from the meaning of what he was doing.

“Everything that touches my body, including the computer on which I type this letter, is haunted by the suffering of the people who made it”

“Here, the most urgent question was not exactly how the killings were carried out 40 years ago, but rather what horrific regime of fear – based on the perpetrators’ power and impunity, and still in place in the present – allows the perpetrators to celebrate genocide as something heroic,” the director says.

“And the best way to expose this regime of fear, I felt, was to reveal that the celebration is, ultimately, hollow – and the perpetrators are themselves destroyed by what they have done.”

The film has left an impact, and not only on film critics. By screening the film gradually in private screenings, exempt from classification, the film made its way to mainstream recognition. And, more importantly, it put a definitive end to the 47-year silence on the genocide.

But what the film’s empathetic standpoint gives us is a mirror in which we see ourselves. The director – who is American – recognises that his own nation was built on the genocide of a people.

“On the contrary, it is the dark underbelly of our reality: we all depend on the suffering of others to feed and clothe ourselves. Everything that touches my body, including the computer on which I type this letter, is haunted by the suffering of the people who made it. Every sweatshop in the world is located in a place where there has been political violence, where the perpetrators have won and are still in power, and where a terrifying past keeps people so afraid that the human cost of everything we buy is not included in the price tag. We, too, are perpetrators.”

“If you don’t have the budget for it, simply don’t do it”