Internationally renowned screenwriting lecturer Robert McKee tells David Schembri why he wouldn’t want to be part of his generation. 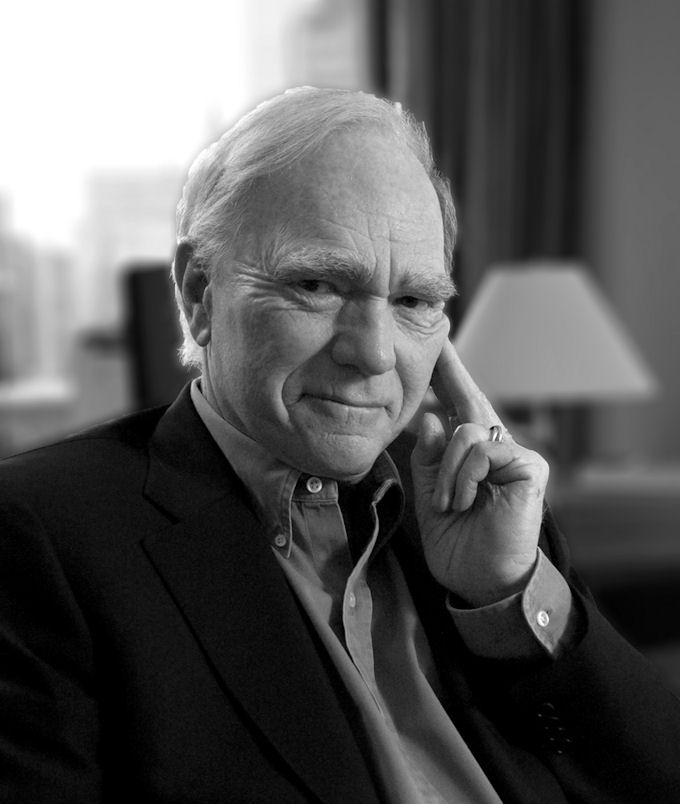 “You want something autobiographical about me?”

“I’m sorry, next question. All you need to know about me is very public. Just go online and you’ll see the whole story. ”

His book, Story, is a staple of screenwriting course reading lists all over the world, and his courses have been attended by more than 100,000 students since 1984.

There is only one thing McKee adds to what’s online: “I just work very hard.”

His reticence in speaking about himself during a Skype call is more than made up for when I ask him about his subject matter.

“Stories are critical to civilisation because stories are, as we say, equipment for living. And life itself does not tell us how to live.

“Life itself is very chaotic, it’s ruled almost by desires, actions, and if people have no check, and no models of experience, then we would be worse than animals,” McKee says.

“A story civilises us, it gives us models of experience, and indeed, when storytelling goes bad in a society, the result is decadence.”

In 1997, when Story first came out, McKee wrote that storytelling had become much harder because of the loss of the common values – “what’s worth living for, what’s worth dying for, what’s foolish to pursue, the meaning of justice, truth” – which gave writers a shared context to write within.

“The erosion of values,” he had written, “has brought with it a corresponding erosion of story.

“If anything, it has gotten worse,” McKee says, 16 years on.

“For example, really rudimentary values like justice or injustice; what is a crime has become more and more difficult to define,” McKee says, citing National Security Agency whistleblower Edward Snowden as an example: he could be tried for treason in the US, and yet half the world “thinks he’s a hero”.

It’s not just Snowden, though.

“It’s a period unlike any in history, where society has a difficult time sorting out the positives and the negatives of life, and so writers, be­ing a part of society, are just as confused.

“But they have to make an extraordinary effort to clarify their sense of values, and then they have to express that, they make sense of things to an ever more cynical audience.

“The generation of the millennium is very interesting. They don’t trust anything, they don’t believe in much of anything and yet they’re not arrogant. They really understand that they don’t know, and that they lack insight and knowledge, but at the same time, they’re very sceptical and cynical about whatever anybody tells them. I wouldn’t want to be a member of that generation,” the veteran lecturer says.

“When I grew up, things were clear,” he goes on. “We could read arguments. I read a lot of philosophy, of course, and they would argue one side against another, but they would argue it clearly. And so people of your age… when were you born?”

“Yeah, you’re right on the cusp. It’s up to the millennials to straighten this mess out. I hope that – and I see good signs of it – in future, storytelling will get wonderful again.”

Although he reports that truly great films are few and far between – he mentions the Iranian A Separation, the French-Canadian Incendies and the American The Help as recent examples of films of “staggering power and beauty”– he believes that “probably the best writing in the world” is currently found in the long-form series on American TV.

“These great TV series, going back to The Sopranos and The Wire, to Breaking Bad and Mad Men and so forth… the way they handle the value problem is they tell their stories from the villain’s point of view. What they’ve done is taken advantage of the fact there is moral confusion in the world by creating characters who are extremely morally confused.

“These are men – Tony Soprano, Walter White – who are being pulled morally apart. They have strong positive morals on one hand, they want to love, they care about family; they have a sense of honour. On the other hand, they’d commit almost any crime, tell any lie, to get what they want.

Although he sees this long-form storytelling as the medium du jour for the future, he believes that in “not too long a period of time, the cinema as we know it will be gone”, as will television, being replaced instead with portable technology which could still provide the immersive experience the cinema provides.

Stories will have no less importance in this brave new world, however, particularly because McKee believes that “philosophy generally has thrown up its hands saying, ‘well, you know, there is no meaning’”.

Stories, on the other hand, provide “metaphors for lived experience” that allow audiences to empathise with their characters, and to reflect on it objectively afterwards – “as far as human beings can be objective”.

“The reason story is so vital is because it fits the mind. The human mind constructs reality as a story.

“Every mind does this. It throws out all of the minutiae, 99 per cent of your day is to be ignored, and you concentrate on that one per cent where things are changing,” McKee says.

“It’s no accident we tell stories in the way we do, because that’s the way the mind apprehends reality.

“It’s a natural thing. And when people begin to think or try to think in unnatural ways, that’s when they lose their way.”

This is one of the points he makes in his business seminar, which started out of a real demand for his work.

“Over the years, business leaders were coming to my story seminar and sort of sitting there as if they were fiction writers. And I realised, they’re not here because they want to write fiction, they’re here because they want to understand storytelling. So then companies began to ask me to consult, and advertising agencies brought me in up and down Madison Avenue to coach, and so I decided these people need help (laughs) and I’ve been doing this privately for years, and I would open it up to the public,” McKee says of his transition into business.

Apart from teaching storytelling techniques to be applied in sales, advertising, marketing, branding and leadership, McKee focuses on how the storyteller’s mindset is essential to doing business.

“The great business leaders are people who actually think in terms of story.

“They take the data and they weave it […] into a story, and they imagine the world as if the future of their company was a novel,” McKee says.

On the other hand, he suggests businesspeople should incorporate scientific logic into “a much larger context, that is, human and social nature”.

“And that,” McKee says, “means thinking like a writer.”

Robert McKee is a patron of the recently-inaugurated International Writers Institute. His website is mckeestory.com/ and you can buy his book, Story, here.