A serial killer is on the loose on Maltese screens and Jameson Cucciardi’s team is to blame. He speaks to David Schembri about the Friday prime time series Maskra and what goes on behind it. 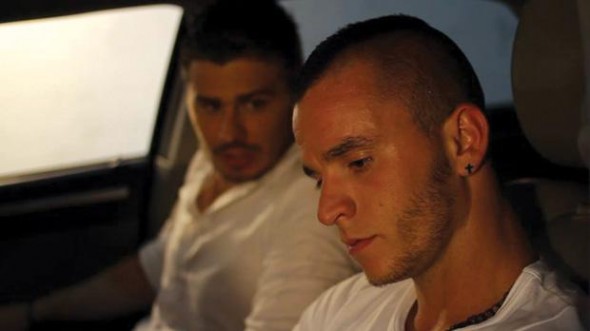 One of the most enthralling kinds of story is the whodunit, and the team behind One TV’s Maskra knows this well. The Friday prime time series revolves around five characters whose life is disturbed by the trail of dead bodies this serial killer is leaving round Malta.

When the series’ producer Jameson Cucciardi was given the pitch by co-producer Jonathan Azzopardi, he was far from enamoured of the idea of a serial killer, but Azzopardi’s enthusiasm rubbed off on him, and he looked into the idea further.

“I started researching serial killers and I got into a labyrinth which was very difficult to get out of,” the producer-director says. “I started going into the psychology of it, and it was fascinating how many serial killers, especially in America, managed to cover up their killings.”

One thing that intrigued the film-maker most was that in a study, people could not identify the serial killer in an identity parade as they seemed like “really nice people”.

While researching the topic, Cucciardi stumbled upon an article on Wikipedia, which said there were serial killers who actually hunted their victims like prey. “When I read that I imagined a serial killer with a bow and arrow shooting his target – this became an iconic image from the prequel we shot as a demo,” he says.

Serial killers’ ordinary – if not affable – outward appearance also led to the producers choosing the name Maskra (mask) for the series. They had toyed with Hunted and Venatus (‘hunted’ in Latin) but after going through the scripts to see what stood out, and several Maltese dictionaries, they came up with the final title.

Masks, Cucciardi notes, was a theme prevalent in the story without them even noticing it at first. “It stands for the mask all people wear in their everyday lives. We all wear different masks at different times and stages in our lives. The biggest mask in the series is the serial killer’s.

“Our serial killer does put on a mask when he’s killing, but his actual mask is the one he doesn’t put on. His face is the actual mask – the one people see every day. The serial killer could be your next door neighbour,” Cucciardi says.

This theme brings to mind other series about serial killers, including the recently-demised Dexter, and Cucciardi acknowledges that series’ influence as well as films like The Silence of the Lambs and video games such as Heavy Rain.

Despite drawing from their influence, Cucciardi knows that his programme has nothing close to the resources these productions have, and it appears that one of the biggest tasks in Maskra is working around the limitations, which, as Cucciardi reports, are myriad.

“One of the main challenges is always the budget for local productions, and not just in terms of money. Time and human resources are also a factor,” Cucciardi says, adding “people who are uncommitted” to the obstacles.

“Almost everyone working on a TV drama – cast and crew alike – has a day job. We are not solely focused on the production, and that is distracting when in just under an hour, you need to wash off the stress of a hard day’s work and get ready for a new set of stress. Fatigue starts kicking in at the late night hours, and as enthused as you may be, your battery starts draining,”Cucciardi, himself a video editor with One TV, says.

There are, predictably, problems with scheduling, and finding adequate locations is hard, since the series isn’t filmed in a studio. “We always have to rely on people’s generosity to give us locations that fit descriptions from the scriptwriters and what I would like to show on screen,” adding that if people want to contribute as extras or with locations they can send an e-mail to venatus.one@gmail.com.

Cucciardi credits his production team for keeping track of the paperwork, and his make-up team for al­ways “finding different recipes of low-budget blood” and other assor­ted gore that come with the territory.

“As regards to dealing with the budget, doing some homework before going into production helps.

“If you don’t have the budget for it, simply don’t do it. If I’m not 100 per cent sure that the thing can be done, and done right, then I would try to deviate the script in another direction. It’s useless trying to do something great and expensive with a measly budget, so I’d say let’s go for something great that wouldn’t cost much. There are a lot of simple things which when used correctly in a story turn out to be great, so I’m always pushing for that.

“It doesn’t have to be expensive to look great,” Cucciardi says.

The script hasn’t been left to chance, however, and Cucciardi believes the story – penned by Ivan Xuereb and Justin Sean – is the series’ strong point. He singles out the interaction between the five main characters – detectives Eric James and Deborah; Sarah, a journalist waiting for her big break; Sven, a young drug lord; and Alex, an insomniac postman.

“Even though they start out separately from each other, they do meet each other in the course of the series; some agree with each other, others will clash. It is a mixture of characters and ways of thinking. Some of these who clash, will even have to work together to get to a common goal,” the producer says.

“Overall, the series will produce a high sense of suspense and mystery, but the story is ever-going; I don’t think there is a time when the story stops progressing. All the time you’re discovering something new. Mysteries are solved and newer ones take their place. There is always something waiting around the corner and everything you see may not be what it seems; it may be wearing a mask.”

Maskra is aired every Friday at 8.45pm on One TV.

This article originally appeared on The Sunday Times of Malta of October 13, 2013