“You are a priest forever,” newly-ordained priests are told. But for the few who leave the priesthood behind, reintegrating into society – and the Church – is fraught with pain. David Schembri investigates 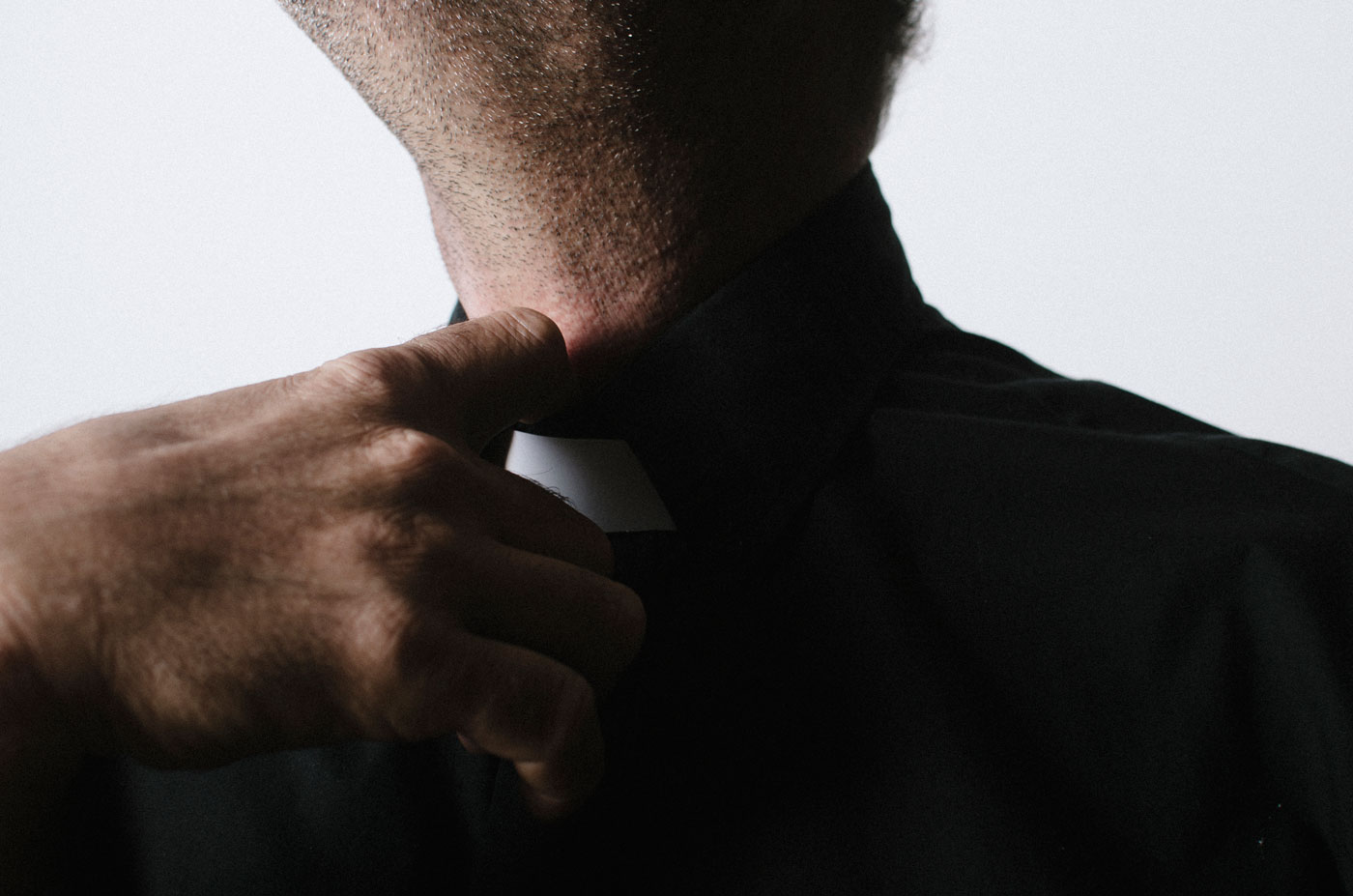 As Samuel* was on his way out of the convent, two of his soon to be former colleagues were in the kitchen, talking. I’m off, he said. Bye. came their reply.

“And that was it. This was how the community I had been part of since I was 16 said goodbye. A few days before I left the convent, they were already stripping my room for parts as others claimed my furniture. When I left, I had nothing except my clothes and the car my family had bought me. No one asked me if I had money to live on, or a roof to go over my head – I was left to my own devices,” Samuel says.

Now married with  two children, Samuel did not take the decision to leave the priesthood lightly. “I did not want to throw everything away without being sure of what I was doing. After years of turmoil I finally decided I needed to take a serious decision about the direction my life was taking. I spent a whole year discerning – once a week with my spiritual director, and twice a month with a psychologist – on my situation and the way forward. This is not just a spiritual matter – it is also human and psychological – and at that point we asked whether it was a momentary crisis.”

His reason for leaving was simple: he could not keep living his vow of celibacy, of living without a wife, any longer. “Throughout the various stages of my formation, celibacy was always an issue that cropped up. It was like trying to keep a ball underwater – as soon as you let go for a bit, it’s going to rocket back up. But whenever I discussed it with my mentors it was always brushed off as being normal,” he says.

It was a period of deep crisis. Even though he recognises – in hindsight, and thanks to his sessions with a psychologist – that his decision to join the priesthood was in part because of “peer pressure”, he still confesses to having a priestly vocation. “I have a double vocation – something that I cannot live out in the Roman Catholic Church.

“What makes it harder to accept is that in the Oriental Catholic Church, which is in full communion with the Roman Catholic Church and the Pope, it is accepted that a priest can be married. Does geography influence God’s calling? Moreover, protestant priests, who are married and have a family, and decide to convert to Catholicism, are accepted to be ordained as priests by the Church. Lastly in the New Testament both married and celibate priests are contemplated. Many believe that a married priest cannot fulfil his duties to the Church and family without one of them suffering. What about diocesan priests who care for their elderly parents? Are they not family too? Others work – does this take away from their dedication to God and Church? On the contrary, I believe that a married priest can better understand the difficulties that families encounter in their daily lives.

“It came to the point where I realised I wasn’t getting any younger; I was 31 when I left. When I was leaving, I was approached by some older monks who told me: ‘I admire you, because I didn’t have the courage to take the step you’re taking, but now I’m too old to take it.’  I couldn’t keep pretending everything was OK, because it wasn’t, and that was when I decided.” Conscious of the impact his leaving might have had on the parish he served, he informed the parishoners he worked with of his decision.

Over the past eight years – the length of Archbishop Paul Cremona’s tenure – only one diocesan priest has left the ministry, and only another three from religious orders, according to Anton Gouder, Pro-Vicar in the Archdiocese of Malta. Upon giving the matter sufficient thought, a priest wishing to be relieved of his obligations submits a written request to their superiors and a report examining the request – carried out with the assistance of another priest – is sent to the Holy See after the archbishop (or provincial) has approved it. The case is examined at the Holy See, where the case is studied and a decision is made whether or not to grant dispensation, or whether it should be postponed. In the case of younger priests, the request is shelved until they hit 40. Mgr Gouder explains this was introduced by Pope Paul VI, to ensure no rash decisions are taken. The buffer period is there to safeguard a decision the person would have made repeatedly in their vows over a number of years. 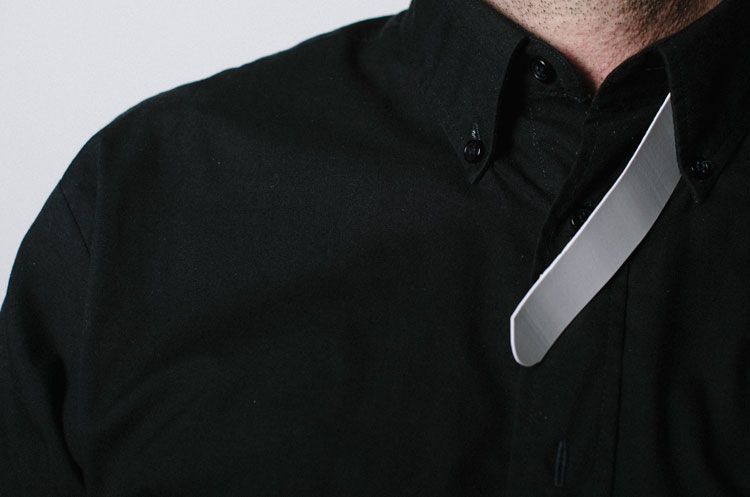 “I do feel part of the church, but now I’m living more as a backbencher. I live a simple life now” Image: David Schembri © All rights reserved

“It’s not a punishment – it’s an aid… I admit, it might be a bit forced, so that the step you are taking is one that is on solid ground,” Mgr Gouder says. He defends the church’s stance on celibacy, which he says allows priests to be devoted fully to God and the community, rather than having to choose between the two vocations of family and the priesthood, and points out that in churches where priests had a family the two often were a source of friction.

But once out, things aren’t straightforward. “The Church authorities think that if you meet someone after having left you’re going to sit in a corner weeping and that she’ll do likewise,” Samuel says of the ‘40-years-old’ rule. “They don’t take into consideration that there’s a ticking clock for women if they want to have children. My fiancée and I decided that once the moment came, we’d marry, and we got a civil marriage. To me, the promises I made to my wife were a vow to her, in front of Jesus despite the Church.”

Leaving isn’t the only painful part. Reintegrating into society, and within the Church – the large majority of priests who leave do not denounce the faith – is not always easy. There are practical considerations. Diocesan priests can hold jobs outside of their ministry, and they keep their earnings. Priests in religious orders, however, do not pocket their earnings themselves, and can be destitute once they leave. Canon law, Mgr Gouder says, obliges the diocese or the order to provide materially for the person leaving the ministry.

Reality can work out differently – in some cases. In Samuel’s case, his order did not take an interest in his material well-being, and he counts himself lucky to have had a family to go to. Trying to find a job was a blow to his ego: “I went to the employment office to register, but I couldn’t take it. I just left. It was too humiliating for me, being a graduate who ended up in that queue. It was a huge shock,” Samuel admits.

Mark*, a diocesan priest who left the ministry, said that in his experience, “the Church abandons you. To be fair, there were certain people who took an interest. Especially in the beginning, certain people really helped me out. But on the whole the institution disassociates itself from you.”

There have been more positive experiences. Stephen*, who had left the Jesuit order, reports that he and others who left were taken care of financially as well as psychologically. “Obviously the further you are in the process, the longer it will take, but they’re very conscious of the emotional side of the individual.” He reports they also took care of the students in his care, and distanced him from them before he left so the blow to them wouldn’t be sudden.

Mgr Gouder puts the “breakup” down to the prior relationship between the priest and the institution: “It’s a lot like marriage – sometimes people don’t speak after the split, sometimes they remain friends. I try and maintain contact with priests who leave, because they’re my friends, and a friend remains a friend.”

Dealing with the laity proves to be tougher, sometimes. “It’s not easy because you have to meet many of the people you would have ministered to as a priest and that can be awkward at times,” Mark says.

After leaving and getting married, Samuel asked to join a lay community which he had served as a priest, and was turned away because he was not married within the church. “Being turned away does hurt. When you leave, you need an input of spirituality– like a car that’s empty and needs petrol. We were looking for something like that, but unfortunately all the petrol stations we tried were closed,” he says. “On the outside they’re nice, but in the end they turned us away. Could it be we scare them? I do feel part of the church, but now I’m living more as a backbencher. I live a simple life now.”

“You are a priest forever” – These are among the first words priests hear as priests. Upon being laicised, priests are relieved of their duties and obligations as priests, but they remain priests in the eyes of the Church – and, to a certain extent, themselves. “That’s the painful part of it, because though I am getting on with my life successfully, a part of me is still there, and I do believe in the ‘grace’ of the Sacrament of Holy Orders that is something permanent,” Mark says.

“Before God, I’ve managed to stay a priest and get married, so deep down I’ve satisfied my two vocations,” Samuel says. “I don’t say mass, I don’t confess people, but that’s not all there is to being a priest. What’s important is not what you do, but who you are. Right now, I’m living both my vocations serenely.”

*Names have been changed for confidentiality

This article originally appeared in the July 2014 edition of Sunday Circle and subsequently on sundaycircle.com, but has been revisited for publication on this website