The Dominican Republic’s finest musical export is back to the Malta Jazz Festival. MICHEL CAMILO discusses his musical journey with David Schembri. 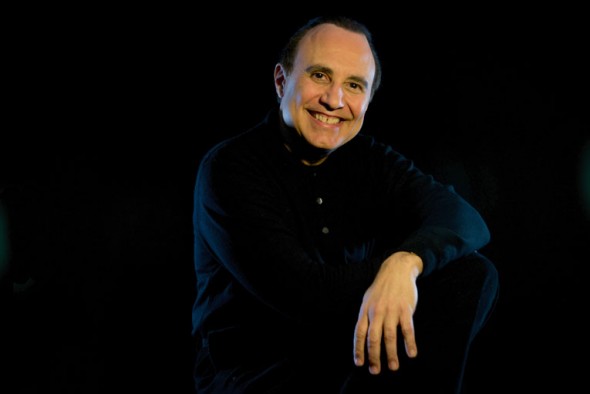 “There are only two types of music: the ‘good’ and the ‘not so good’ like Duke Ellington used to say”

There are Christmas trees which are less decorated than Michel Camilo. With no less than three honorary doctorates from three universities in his native Dominican Republic, an honorary doctorate from the Berklee College of Music, two Latin Grammy awards and a Grammy award, this pianist and composer has a mantelpiece which is rather full. He has also been awarded the Silver Cross of Duarte, Sanchez and Mella, the highest civilian award the Dominican Republic confers.

Much unlike a Christmas tree, these decorations are in recognition of Camilo’s long and tireless career, which has its roots in his upbringing, which was immersed in music.

“I was very fortunate to grow up in a family of musicians and composers. I had an uncle that played popular piano music and an aunt who was a classical pianist,” Camilo tells The Sunday Times of Malta.

“Every Sunday the family would gather at my grandparents’ house for lunch, they had a piano and at the end of the meals my uncle and aunt took turns on the piano and I believe my love for the instrument comes from watching them and wanting to imitate them.”

This childhood wonderment at the magic of music doesn’t seem to have left him over the years of hard graft spent in the National Conservatory in the Dominican Republic, which led him to join the National Symphony Orchestra aged just 16, and Mannes and Julliard in the US, where he moved in 1979.

The hardest time in this journey, the 59-year-old recalls, was learning the Vengerova piano technique in the early 1980s from Jacob Lateiner, his piano teacher, while performing Chopin’s Etudes and Scherzi.

“For me music is the universal language of the soul. It brings me a lot of joy that you are able to communicate with your audience and that the music touches each person differently. Music can bring happiness, bring tears to your eyes, make your heart race, give you goose bumps. It frees our spirits and lets our imagination fly.”

In fact, Camilo is comfortable working both in the classical and jazz paradigms, a balancing act which not many professional musicians choose to enter into. He doesn’t seem too concerned with labels, however: “For me there was never ‘this is classical’ or ‘this is jazz’ or ‘this is popular’; there are only two types of music: the ‘good’ and the ‘not so good’ like Duke Ellington used to say,” Camilo says.

“I feel ‘at home’ playing jazz as well as classical music since I don’t really differentiate between them. They are both close to my heart since I started first with Classical and then at the age of 14 I heard the great jazz pianist Art Tatum playing Tea for Two on the radio and I instantly fell in love with jazz,” the pianist says.

This fateful broadcast is what ultimately led to his presence at the Malta Jazz Festival as opposed to a classical music festival elsewhere, and Camilo is looking forward to it: “I have great memories from my previous visits to the festival since the audience was always warm and receptive, so I am excited to come back with my trio and will play a combination of songs from my albums.”

In the time between this interview and his trio’s performance at the Jazz Festival, Camilo will have played in five different countries in two different ensembles – his trio, with Cliff Almond and Lincoln Goines – and his duo with Tomatito, the flamenco guitarist. A couple of days later, he will be giving a solo piano performance.

If this varied schedule says one thing, it’s that Camilo enjoys playing in all of these settings: “It’s not possible for me to choose since each one has their different enjoyments and difficulties. With the trio the interplay and communication we have with each other is amazing, so as a composer and arranger I try to write music that would pose a challenge to them both as performers and improvisers. The solo piano gives me absolute freedom and makes me feel ‘at one’ with the instrument, but the challenge here is to keep your audience interested and focused with your musical journey.”

Camilo feels that within each project he grows more and more, and expands his musical horizons. “I feel great in all of them: from the solo to the duo with Tomatito, to the trio, to my big band (really lots of fun!), to my appearances as guest soloist/composer with symphony orchestras. I feel blessed to be doing all these many things that I love so much.”

Apart from his eclectic performing roster, Camilo also finds time to compose, with his 2013 album What’s Up? including seven of his own jazzier compositions. A highpoint of his composing career was the recent premiere of his Piano Concerto No. 2 – Tenerife, which was greeted by a long standing ovation.

Asked if he’d choose performance or composition, Camilo is magnanimous in his ambivalence: “As both a composer and a performer, I enjoy both. Composing is a more lonely introspective aspect of music, you have to make the time to compose and this requires isolation and time; it is a ‘one-to-one’ experience with your own self. Performing, on the other hand, is kind of a two-way street where you and your band members are sharing all these emotions with the audience; you can express yourself and at the same time communicate without words with the audience. It’s a wonderful feeling.”

Asked which composition he wishes he’d written himself, he whittles down the choice to two pieces: Stravinsky’s Rite of Spring and Beethoven’s Ninth Symphony. The minor disappointment of not having written these masterpieces isn’t stalling him from writing any music, however: “I want to keep on contributing to the rich heritage of Jazz styles and I am always searching for new open possibilities in a piece. The world is like an open canvas of orchestral textures and travelling as much as I do lets you experience the different cultures and their music. All of this stays with you when you compose and perform, so it kind of becomes a part of you.”

This article was originally published on The Sunday Times of Malta of July 14, 2013. The publishing date on this post has been amended to reflect the original date of publication.