Sandro Debono doesn’t have an office in the National Museum of Fine Arts. The first thing to move to the Museum’s future home at the Auberge D’Italie, it seems, was his office. So we speak in one of the halls of the piano nobile in the South Street building, which is home to works by Mattia Preti and his followers. It is no accident we were speaking about the rebirth of the museum as Muża with one of Preti’s masterpieces looking over us. 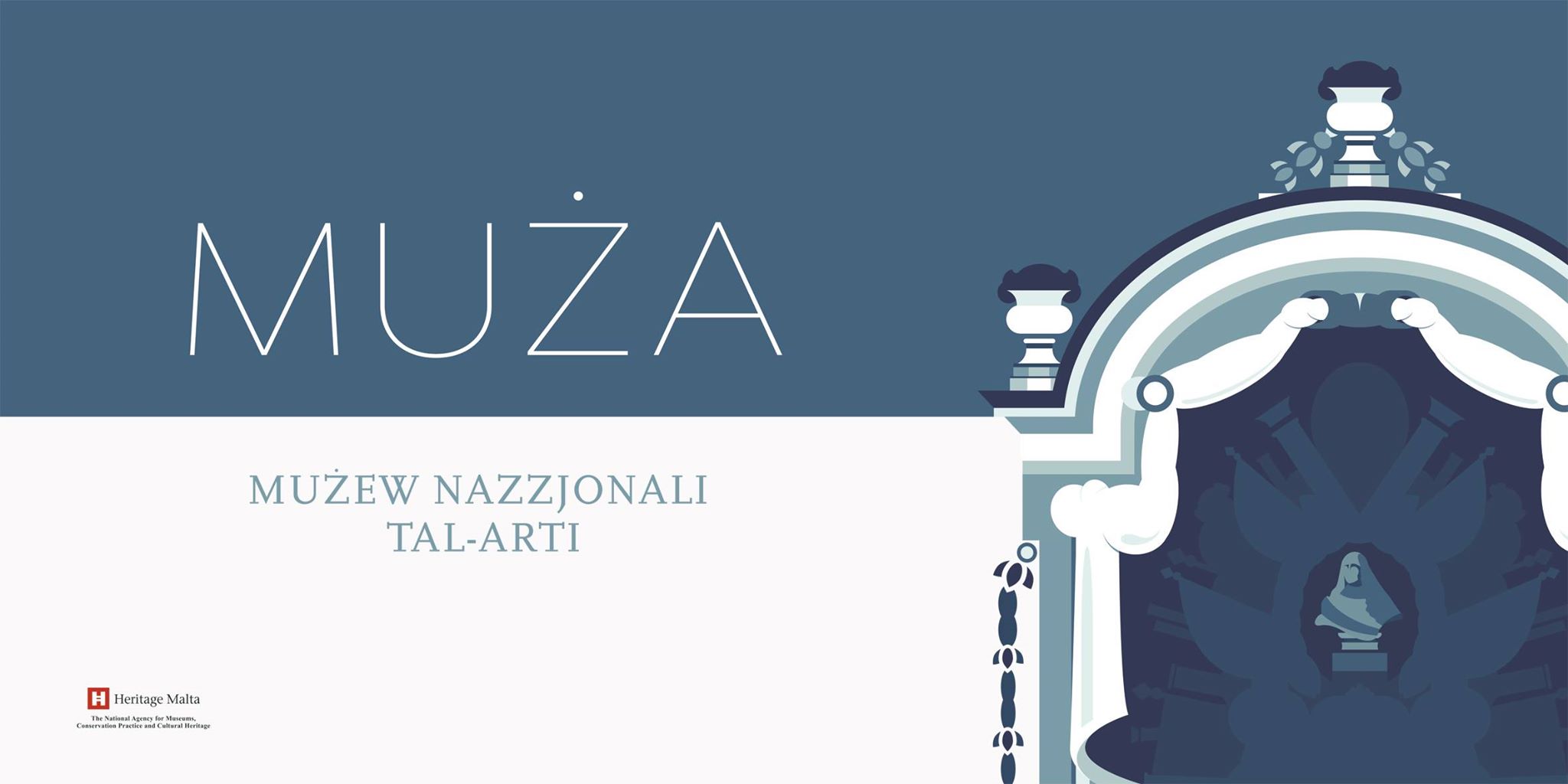 Presentation is key to the new direction the National Museum of Fine Arts is heading into.

“The advice we were always given, even in the international fora in which we participate, was to always play to our strengths – not to try and be an international museum, but to build on what makes us unique as a country and as a collection,” Debono, his voice reverberating across the empty room, says.

“And our strength lies in the works which have a Maltese connection; one of our main strengths is the Mattia Preti collection, which is the largest collection you’ll find in a public museum anywhere.”

With the move to the Auberge, the collection will be easier to find, as it will be part of the footprint that would also include City Gate, the new parliament building, Pjazza Teatru Rjal and St James Cavalier. The museum’s physical accessibility will be an outward reflection of what the museum is aspiring to be: “The move will give more visibility to the museum: it’s more central, it’s three times larger than this space, so the collection will have more space to communicate,” Debono says.

“We’re moving to a new place, but this in turn marks the start of the work we have to do. The museum is a tool to get closer to our audiences and potential audiences. We aim to address the deficiencies in cultural participation which emerged in the recent Eurobarometer survey,”Debono says.

The figures were no news to Heritage Malta, the government agency which runs this museum and others.

“Although we invested a lot and visitors increased, Maltese people still aren’t participating as much as we’d like them to.”

He hopes the shift in the way the museum is presented will make the art in the collection more accessible to the layman, going on to enrich the lives of those who visit it.

“The role of the art museum isn’t just to show the works in the collection – it has an educational role. And artistic and aesthetical education is then reflected in the way we dress, our houses – these are all things which are tied up to our daily lives,” Debono says.

This radical shift in thinking is reflected in the museum’s new identity: Muża, the Maltese word for inspiration and the muse, is replete with meaning. Its Greek origins reference the larger Western culture we are part of while wearing a distinctively Maltese dress, as the ż diacritic reminds us. The Greek word is also at the root of the word “museum”, derived from the Greek word for “seat of the Muses”.

“Apart from it standing for Mużew tal-Arti, it’s the word which is understood as inspiration. And here, we want to inspire young and future generations, and we want to present a story to them,” Debono says.

Rather than presenting its works chronologically, the Muża display will be divided thematically into four stories: Malta, Sicily, and the Mediterranean; Malta and European Culture; Malta and the Empire; and Malta and its Artists.

“There is a hint of chronology, but we’ll be presenting stories. You can go in and experience a story, and you’re experiencing it through art. If we’re explaining a value, an idea, a thought, this would be reflected in a work of art,” the curator says.

This new approach will also allow for works from different periods but which explore the same theme or “speak the same language,” as he puts it, to be put side by side. “The way we’re trying to structure this story is quite innovative,” he says.

The new venue’s increase in sheer space will also mean more works in the reserve collection will be shown to the public, which includes the Albert Ganado map collection, Maiolica, more sculptures and Victor Pasmore’s final work, which was donated to the collection by his family.

“Every now and then we try and get it out, but that should be exhibited permanently, and not just exhibited, but explained, as part of a story: why would an English artist come to Malta and leave such an impact? These are all stories which have to be told,” Debono says.

He stresses, however, that rather than increasing the number of works on display, the focus will be on displaying the work better. He also envisages the collection as a whole playing a larger role in the community: “We’re proposing a distinction between the display and the collection: the display is there to tell a story, we want the collection to have a much wider remit.”

This would include not only servicing the contemporary arts museum with some works, but also institutions such as schools and local councils (given the adequate infrastructure), and he envisages the Reserve Collection being rebranded as the Study Collection, made accessible for researchers.

“It’s a different culture,” he says.

This change in culture also extends to the international design contest for the museum – currently still open – which sees the museum envisaged an eco-friendly space with no or a minimal carbon footprint, which would have the double effect of addressing environmental concerns and keeping the museum’s budget focused on art, not electricity.

The curator is no stranger to the relationship between politics and art – his doctoral dissertation, which is underway, is actually about that – and he tiptoes around the controversy with gusto.

“The misunderstandings,” he says, “were ironed out.”

He believes a big part of the solution was that the project was devised in consultation with a wide range of people, who took ownership of the project.

“The project … is owned by the community. We didn’t want to make a project which fell out of thin air: we wanted to have the stakeholders, the people who would use it, on board.”

Despite its emphasis on its Malteseness, Muża has an international dimension, which includes having working relationships with some of the world’s most important art museums. These links were consolidated during the Preti exhibition, where works from the local collection rubbed shoulders with works from the Prado, the Louvre and the Uffizi – proof, if any was needed, of the calibre of the Preti collection. With the promise of more available space in the new venue, Debono envisages longer-term loans from other museums to be more feasible.

“We can never be the National Gallery, the British Museum, the Uffizi, because these are world museums, they are known the world over, they have very strong collections, on a different level than ours,” Debono says.

“We can’t be what we’re not, but at the same time we’ve got the potential to make a very good museum – the display, the structure, the way it explains and interprets art, there, we can reach an international level, with the collection we have.”

An edited version of this article appeared on The Sunday Times of Malta.

About that Maltese Tube map…